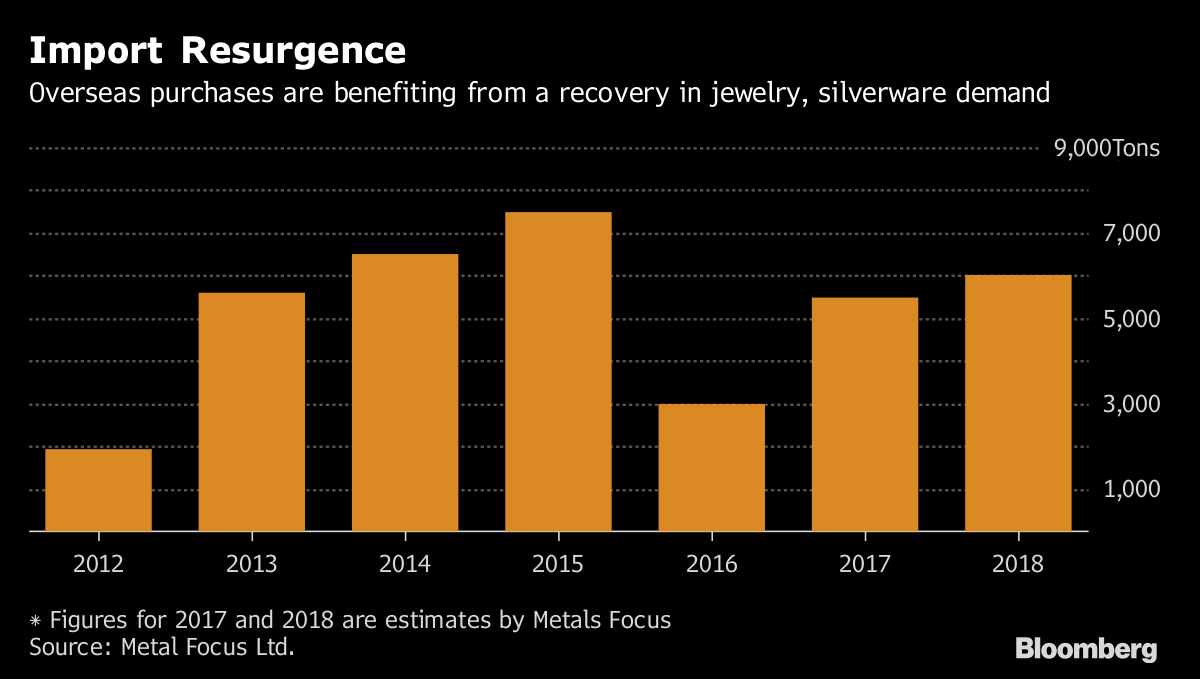 India ranks as thesecond largest gold consumer in the world, behind only China, but Indians alsohave an appetite for the white metal. After a drop in silver demand last year,Indians are once again buying.

We saw signs of resurgencein the Indian silver market in the fall. According to the EconomicTimes, silver demand was up 15% during this Dhanteras and Diwali festivalseason on increased purchases of coins, idols, and silverware. Analystsattributed the surge in silver buying to lack of consumer confidence in theeconomy and silver’s relatively low price.

Demand suffered in 2016,partially due to government efforts to crack down on black markets. Much ofIndia’s rural economy operates underground. But a drop in prices spurred bychanges in India’s tax code helped drive demand up by about 7% this year.

The increase in demandsurprised Chirag Sheth, an analyst at London-based Metals Focus Ltd. Hesaid the expectation was for a further contraction in the Indian silver market.

We tend to think of Indiaas gold country, but Indians also have a cultural affinity for the white metal.The country is one of the leading sources of world silver demand. Even thoughit was a down year, India still consumed 160.6 million ounces of silver in2016, accounting for 16% of global demand. Between 2010-16, India imported 990million ounces of silver, according to the Silver Institute.

Silver jewelry andsilverware fabrication account for more than half of Indian silver demandannually. Typically, silver jewelry is purchased by most income groups inIndia, whereas silverware is bought by the middle and affluent classes. Sincethe start of this decade, there has been a large expansion of demand in bothmarkets, from around 39 million ounces in 2010 to 88 million ounces in 2016.The Indian silverware market alone is the largest in the world and itsimportance is growing, representing 70% of the total global demand.”

Growing demand for silver inIndia bodes well for the global silver market. Combined with contracting silversupply, these fundamental dynamics could push the price higher in the future.