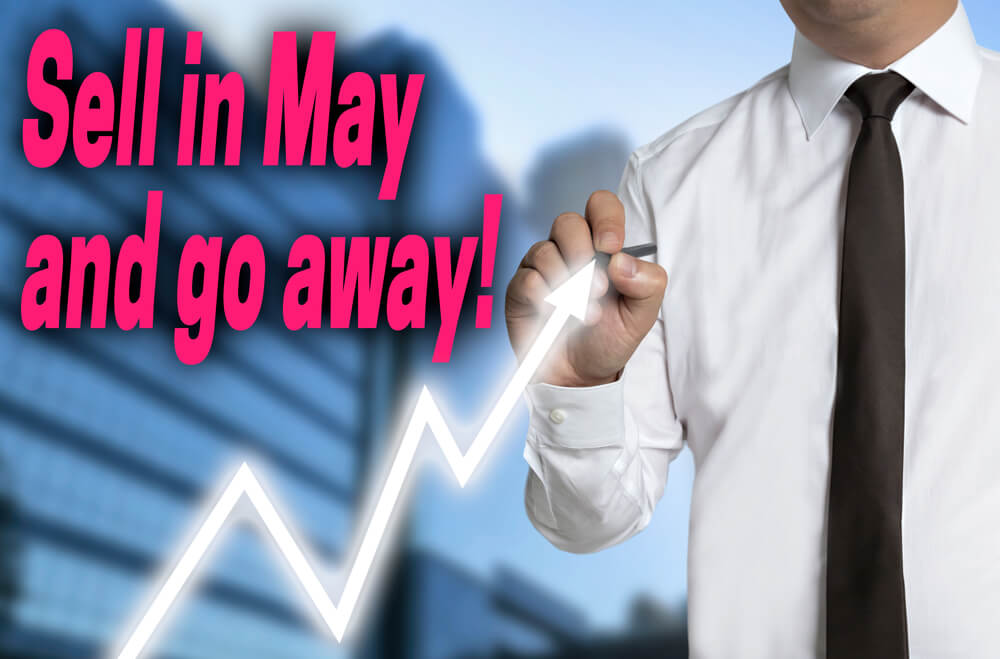 A double-whammy of bad news regarding trade with both China and Mexico sent stocks into a tailspin during the month of May, which was the worst May on Wall Street since 2010 and third-worst dating back to the 1950s, costing investors upward of $7 trillion, according to a recent article on Bloomberg.com.

A lot of investors likely wish they’d followed the “sell in May and go away” adage after the S&P 500 dipped a full 6.5% and the Dow notched a weekly loss for the sixth straight week, its worst stretch since 2011.

But as the Trump administration roils markets with negative trade story after negative trade story, it’s important to keep in mind that stock prices, measured by the S&P 500, are still up 27%, including a 10% rise over the first five months of 2019.

Related:Financial Insider Warns That An Unstoppable Economic Collapse Has Been Triggered. Protect Your Family and Finances by Watching This Special Report

Big picture-wise, Friday’s 1.3% dip seems rather small in comparison to the news that the Trump administration is levying up to 25% tariffs on Mexican imports — meaning a whole lot of things, particularly foods, are about to see price increases paid by U.S. consumers — and China’s threat to blacklist a number of U.S. companies from doing business there in direct retaliation to President Donald Trump blacklisting telecom giant Huawei from U.S. networks. 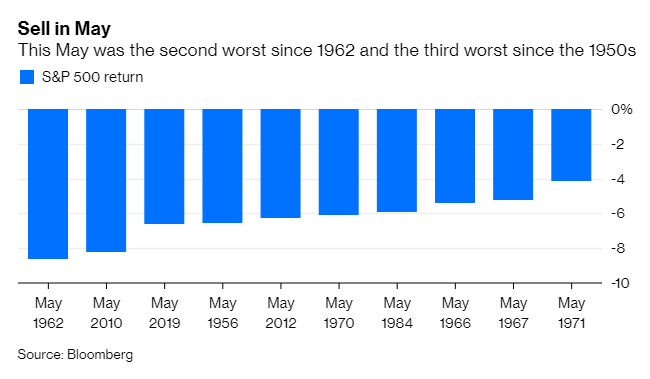 But that conclusion is short-sighted. The correct way to gauge how much economic damage the stock market thinks a trade war could inflict is to go back not a month but to when Trump really started talking tough on tariffs, first on steel and other metals, and then on China, in late January 2018. At that time, the Russell 3000, which captures more of the stock market than the S&P 500, was trading at a price-to-earnings multiple of 19.3 based on the next 12 months of earnings. At that point, analysts hadn’t fully factored into their estimates the corporate tax cut that had passed the month before. But by May, expected earnings for the Russell 3000 for 2019 had risen to nearly $103 a share. Based on those expected earnings, and if the index had maintained its pre-trade war fears multiple, the Russell 3000 would be at 1,986, with a market cap for all the stocks in the index of $36.2 trillion. 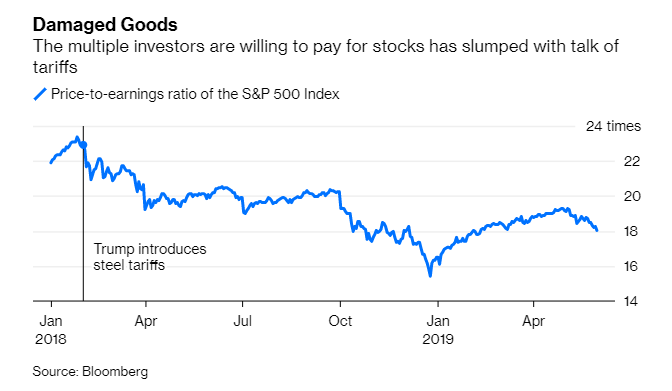 But that’s not what happened. Instead, earnings estimates for the next 12 months have come down to $98 a share, and the multiple has slumped to 16.6, giving the Russell — which is at 1,619 — a market capitalization of $29.5 trillion. It is impossible to know if that nearly $7 trillion difference can be attributed entirely to the trade war, and more than likely it cannot. Earnings estimates might have slumped anyway. Earlier this year, it looked as if interest rates were going to rise, which was also weighing on the stock market. Interest rates have instead dropped. And while the global economy has slowed, that could be trade-related as well. Bankim Chadha, the chief U.S. strategist at Deutsche Bank, put his estimate for the damage caused by the trade war at $5 trillion.

The market could also be overstating the potential damage from a trade war. The U.S. imports $550 billion in goods from China. A 25% tariff on those goods would raise prices by $138 billion. Mexico imports total an additional $400 billion, and a 25% tariff on those goods, which is how far Trump has said he would go to curb immigration, would equal another $90 billion, for a total of $228 billion. That is, of course, only the cost of higher goods to consumers and for only one year. Trade wars have far-reaching effects. But still, that’s a lot less than $5 trillion or $7 trillion. Nonetheless, the collective wisdom of investors has a better track record at predicting the future than most economists. And even if the true number is somewhere in between, Trump’s effort to reorient the U.S.’s place in world trade could end up being much more costly than most people think.